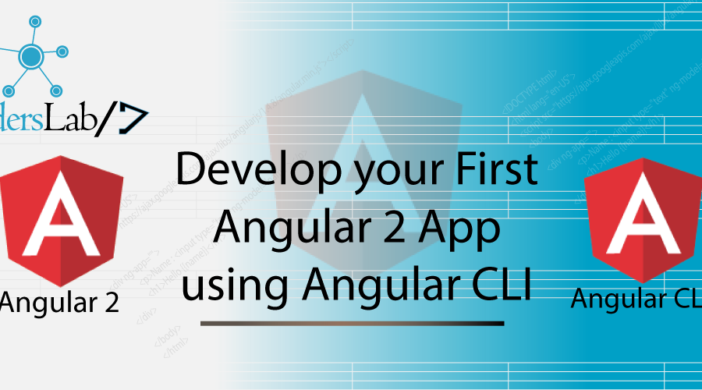 This tutorial introduces basics of Angular 2 with the goal of creating and serves a basic Angular CLI App.
Angular 2 is an open source modern JavaScript framework for front end Applications. Angular 2 is complete rewrite of Angular 1 and is 5 times faster than Angular1. Lets start developing your first App on Angular 2 using Angular CLI.

Start up WebStorm then click on “Create New Project”. 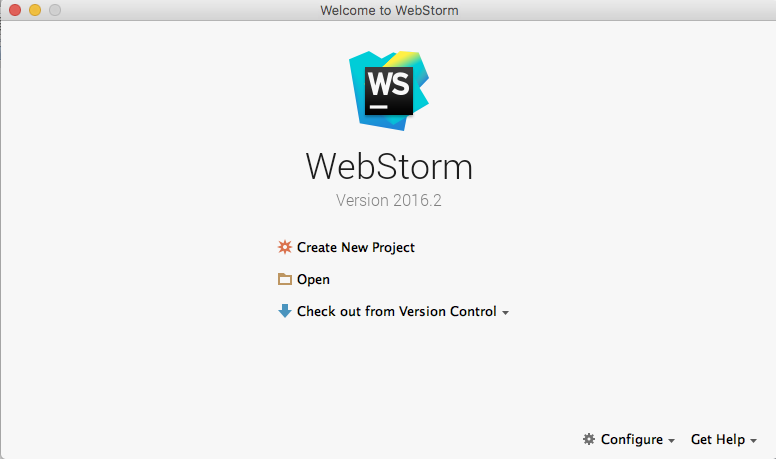 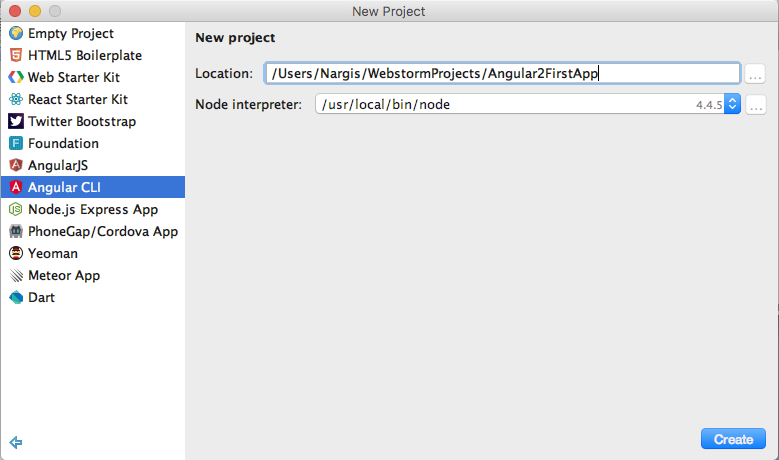 Write the name “Angular2FirstApp” with complete App path in Location Field then click on Create button.

This will take few minutes to setup all prerequisites and download all dependencies.

Once it finished Your First app is ready now take a look first at Project directory structure. 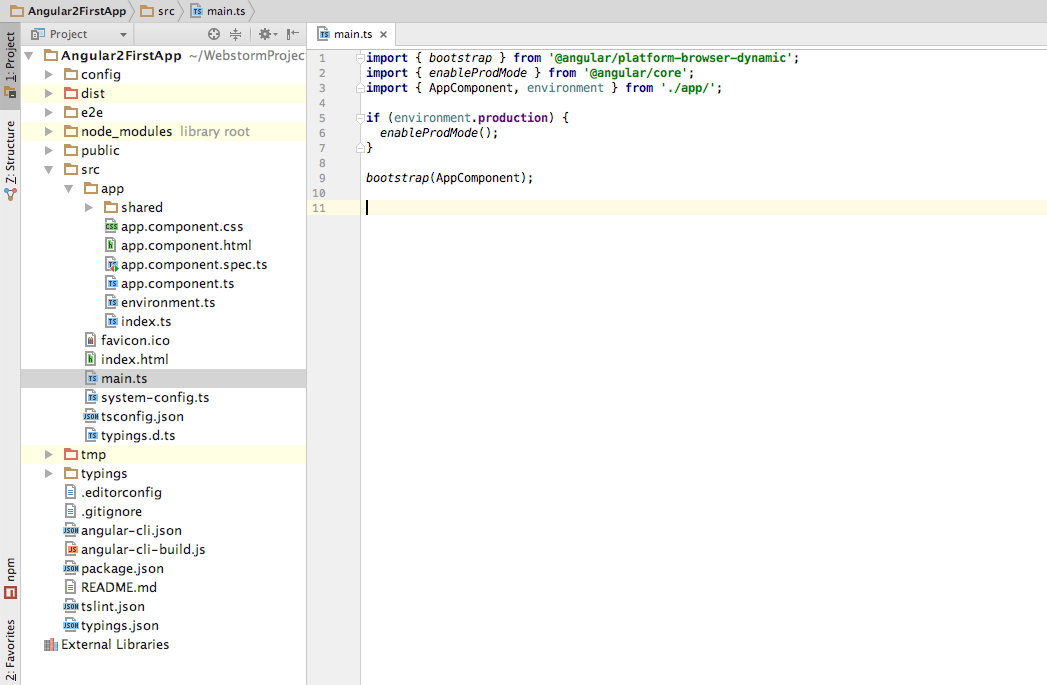 We will write all development code in src/app that need to compiled.

Before we proceed we have to review some basic building blocks of Angular 2.

Angular 2 is a component based Framework. Angular 2 app is a tree of loosely coupled component having a root component that contains all other components.

In our App “main.ts” is root file

look at this line

In first line of “app.component.ts” we import build-in Component Module from “@angular/core”.

A component is like a widget, a piece of content that can be reused in your application. It can a complete view or a part of view having all code required to create, display and manage it.

A component have 2 main parts.

Class is simple typescript class having constructor and all related code.

Metadata tells Angular how to process a class. Metadata is attached by using decorator.

@Component decorators allow developers to configure classes as particular elements by setting metadata on them.

in above decorator 3 properties are defined

Now take a look at body part of index.html

Here selector “app-root” is used that mean it will load all the html defined in template whose selector is “app-root”.

In “app.component.html” following code is defined.

Serve and Test Your First App

To serve our app write on terminal of webStorm.

above command will build a server for us with Node and open up our browser.

All these changes will automatically update and you can see the result.

In this tutorial we covered some basic concepts of Angular 2 app and we simply create a simple Angular CLI app and serve it.